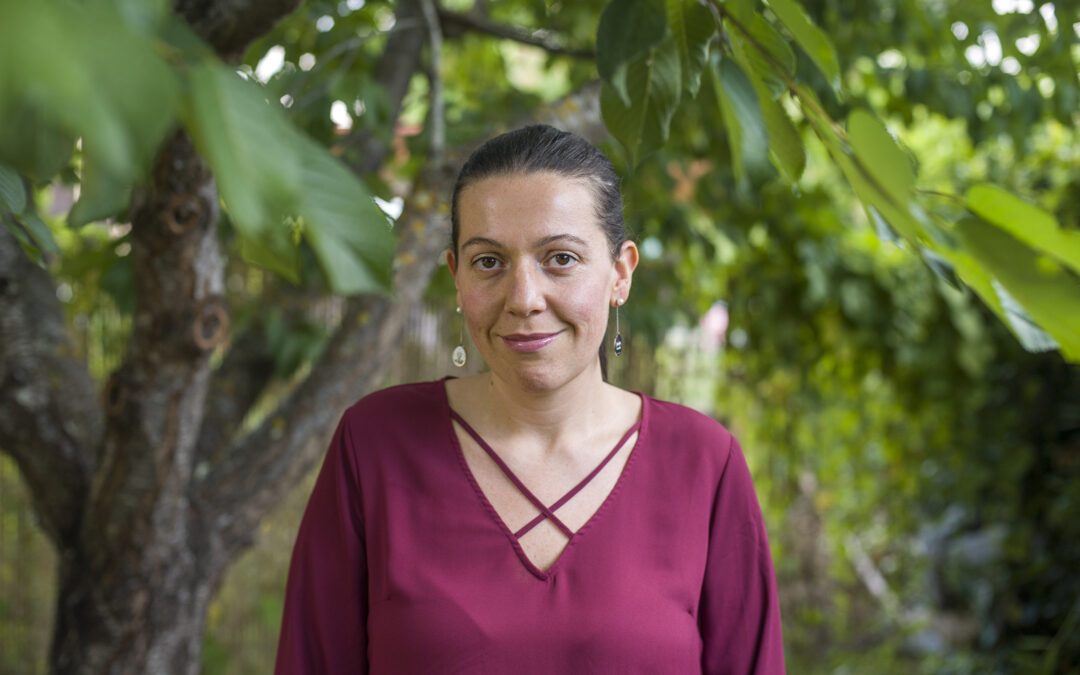 Go to the video and photo gallery

I have lived in China. When I was there, I used to eat Goji berries every day. The Italian Apennines are well suited to grow Goji berries and Italy and Europe are a huge market, where the consumption of this healthy red berry, rich in beneficial properties, is on the increase. This is why I decided to start growing Goji del Mugello”

The bright-red Goji berries are shining in the July sun. From above, I observe the two thousand plants sowed in this corner of the Mugello area, in the village of Grezzanello, part of Vicchio municipality. Natale Pini describes how the field is organised: “There are 28 rows, two and a half metres apart. In every row there are 70 to 75 plants, at a distance of 85-90 centimetres from each other”.

Natale is Erica’s father. After living in China for four and a half years, working in Shanghai as an interior designer, Erica returned home with a passion for this extraordinary red berry. «When I was in China I used to eat dried Goji berries every day. When I came back to Italy, at the end of 2015, I noticed that this product was starting being sold in supermarkets, and was no longer exclusively found in health/natural food shops. I therefore wondered whether it would be possible to grow these berries in Italy, too. I carried out some research and I visited the first experimental farms”, says Erica. Both from a morphological and a geological standpoint, the Apennine environment is very similar to the one where Goji berries grow in China – explains Erica – This is how I decided to take up this challenge».

The challenge is to resume production in the field near her maternal grandparents’ house and grow “Goji del Mugello”. «Over the last few years, these plots were left fallow, but there has always been an orchard. Before starting production, I had some chemical analyses performed, and, on paper, this soil has all the characteristics needed to grow Goji berries».

The plants were planted in spring two years ago. Since then, Erica – with the precious help of her father – has been experimenting and trying to understand how to best adapt this culture to the Apennine environment. They have thus learnt that the berries need to be protected from badgers with a robust fence, and also from the birds, which, when the berries are ripe, nosedive onto the rows, attracted by their sweet taste. A drip irrigation system receiving water from stream Pesciola, which flows along the plot, has been installed in the field, and has started operating this year – before, there was no electricity yet. Natale shows us the 50-thousand litre-tank and the electric panel he has installed for the irrigation system. Before retiring, he was a maintenance operator at Italy’s national electricity company, Enel. He is a handyman, he tells us, as we walk towards the stone houses he has restored, a few dozen metres far from the fields. In the past, though, he had never cared for farming and had never thought that starting a farm could somehow inspire his daughter. «This is probably the thing: ten years ago, most likely, I would have never even walked into a field – confirms Erica – Living in a metropolis like Shanghai, however, changed my perspective: I came home feeling the need to breathe. I like living in Mugello, and my life partner has supported me in this choice».

«After graduating in Industrial Design, I lived in Milan, but I was obsessed with the idea of going to China. So, I sent some CVs and I got a job. I lived in Shanghai, a city with 23 million people, which can become even more when expats and temporary dwellers are accounted for». Erica Pini lived in China for almost five years, until December 2015. At age 32, she went back home: “I am glad I lived that experience, but I knew it would not last forever: living in China is not what you’d call healthy”.
Once she was back in Italy, Erica started a business with a partner in the furniture sector, its name is Pini&Romoli and it is based in Cascina (Pisa): «We take care of the entire supply chain: from design to manufacturing, from sales all the way to the installation stage. I mainly deal with the design phase, while my business partner is in charge of installation and logistics». Erica Pini was already an entrepreneur before taking part in ReStartApp, but she explains that the “on campus” course “was vital to become an entrepreneur in a different sector – farming – that was entirely unknown to me».